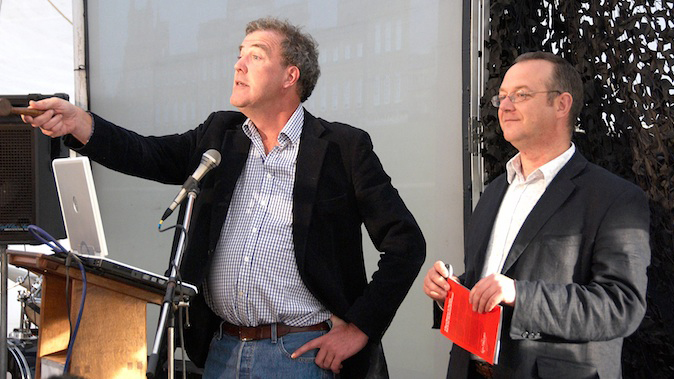 The Lido is an open air swimming pool with a history that shows real community spirit. In 1963, local people in Chipping Norton began a fundraising campaign to a build a swimming pool. Seven years and £20,000 later, The Lido was born, and it’s described as an oasis in the heart of the Cotswolds, with a toddler pool, slide, and cafe, in addition to the heated 25 metre pool. It is still run by local people as a charity and is an illustration of Chipping Norton’s magnificent community spirit.

One of Chipping Norton’s locals, Ken Norman, has been helping with The Lido for ten years now, and has shared his experiences with us below:

I have for ten years now organised The Lido’s Annual Auction of Promises. Lido is a charity and I am currently working on the 9th event which takes place on Friday 13th September.

There’s a small band of folk who help make this a great event, one of whom is of course Jeremy Clarkson, who gives up an evening of his very precious time. Over the years we have auctioned off over 700 items (thanks to our very generous donors) and raised over £130,000. This money has ensured that The Lido remains open for the benefit of the town’s community. In addition to this I have helped plumb in the new plant room, and helped with the annual clean up operation, the refurbishment of the changing rooms, and general fundraising.

I love it – it’s a blast and the people I work with are amazing!

This is a wonderful contribution from Ken that shows just how much work is required in keeping a project like The Lido afloat. We encourage everyone to visit The Lido and their website, and to follow them on Twitter.